Warning
Our new website is optimized for the most current web browsing technology. If you are using an older web browser, part of our website may not function properly as designed. Please consider upgrading your browser for an error free experience.
Broken Windows, Broken Business 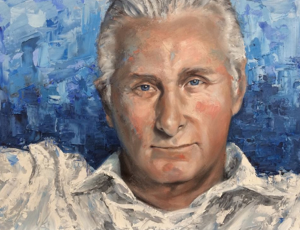 Michael Levine has been widely regarded as one of the worldās premier branding and media expert for the last thirty years.

He has appeared on countless TV shows as a media expert including regular slots on āGood Morning, Americaā and āThe Today Showā for the last 20 years.

Born with dyslexia, Levine is currently the only person without a college degree to lecture at both Harvard and Oxford University.

As an internationally recognized business growth and public relations expert, Michael Levine speaks throughout the world inspiring entrepreneurs, corporations, and their teams to embrace the broken windows theory in their everyday work.

Michael has spent the last 30 years working directly with some of the most recognized celebrities and companies in the world.Ā  Fortune 500 companies, national tradeĀ associations, non-profits, and educational institutions.

For more information on hosting Michael Levine at your next event, including availability and fees, contact:

AT LAST: Proven Strategies that Will Transform Your Business

Get proven strategies and techniques from Mr. Levine and other successful Broken Window, Broken Business Entrepreneurs

ORDER A COPY
OF BROKEN WINDOWS

Bulk purchases
of 25 or more?